League of Legends: Wild Rift , the mobile version of League of Legends, is now available to download on mobile devices, although it has some changes that are not present in the PC version, such as the blue specks , What we are going to tell you about in this guide what they are for and how to get them

What are blue specks for?

Basically the blue specks are the main currency of League of Legends: Wild Rift that you will gradually get by playing. It is a totally free currency that will be essential to unlock all the champions that are available, with a price of 5,500 blue specks each, so you will need a fairly high amount to get them all.

How to get blue specks

To get hold of the blue specks, you have several methods at your disposal. The simplest of them is to play, since you will collect a certain amount after each game , regardless of whether you win or lose, so as long as you have some time it would not be a bad idea for you to play one. 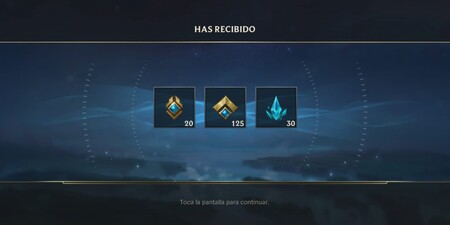 Another great method is completing missions . Every day the game will challenge you to carry out three of them with different objectives that are generally not too complicated to carry out, be it eliminating a certain number of rivals, voting for companions or obtaining gold, for example. If you comply with the request, you must claim the reward in order to obtain the corresponding prize.

You can also access the weekly chests that include, in addition to blue specks, many other very interesting items. In this case, you will get points based on playing, so that you will have to reach 120 points, 240 points and 400 points to access each of them. As a result you will achieve a total of 525 blue specks between the three. 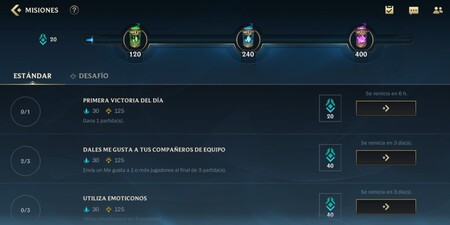 Finally, from time to time Riot Games will enable special events that in turn will have their corresponding missions along with their rewards, including blue specks. So you will have enough tasks ahead of you not to overlook any of the indicated possibilities.